Just hours after Chuck posted his last grade and officially began his summer, we headed to the land with a riding mower: the yard maintenance was long overdue.

We had a tiny window before rain moved in, and it was just enough time to get the main parts of the yard under control. Once the sun comes back out, we want to be ready to do some roofing!

The riding mower worked its magic, but it couldn’t handle the Bradford pear stumps along the driveway. We alternated weed-eating and hacking with a handheld weed cutter. Our arm muscles ached back into the memory of last summer’s clearing. 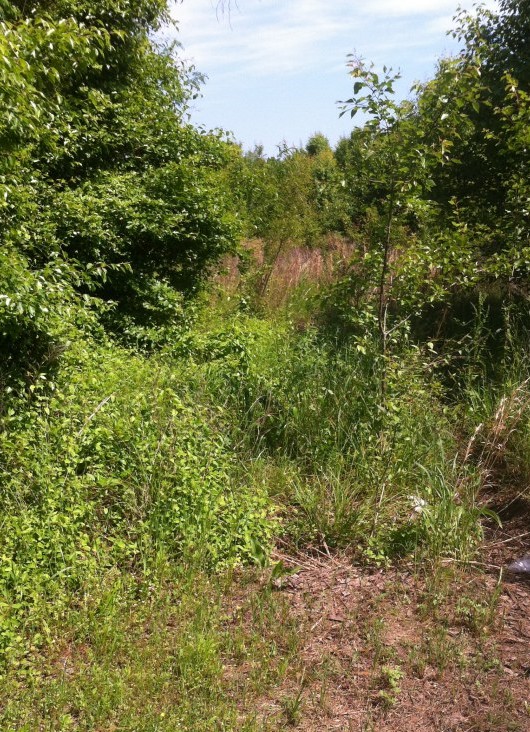 Though the cabin is just a frame–and a tiny one at that–I look back at where we were last year and remember how far we’ve come. Our first attempt at driving onto the land ended with us stuck in the mud and a good bit of our budget spent on gravel. Because the truck was unable to spread the gravel evenly, we spread most of it ourselves before the mayor showed up with a backhoe. I never mentioned it, but that day I tore my right quad. It felt like it had been ripped from my kneecap. It took over ten weeks for it to heal, but heal it did.

At this time last year, we cleared land deeper in the woods only to later find it had become a flooded mosquito sanctuary. By the end of June, we finally settled on the spot where the cabin is now, but soaring temperatures in July and August (among other things) kept us away.

Now the summer is just beginning, and though it’s supposed to hit 90 tomorrow, it shouldn’t stay hot long. There’s more rain sprinkled in the forecast, but soon we should have enough days to finally get the cabin “in the dry.”