First things first: Chuck is home in bed sleeping through the post-operation pain. The doctor said that everything went well: he was able to pull down the bicep, integrate the donor tissue, and attach the tendon. Presumably, the bunches of nerves that had to be moved out of the way were laid back where they should be and will, in the coming weeks, regain any lost feeling. 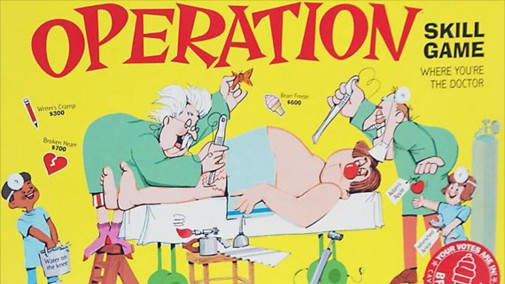 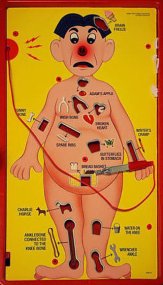 I can’t help but think of the children’s game Operation. I was terrified of it as a kid, and I still haven’t warmed to the idea of incisions, stitches, and the red light of pain. At least I can appreciate the miracle of science, however, and know that at some point Chuck will be able to carry his grandson without hurting, and that later in life he’ll still be able to turn the keys in the ignition. I feel gratitude for the organ donor, the medical advances that led to such a procedure, and the skilled hands that performed the operation.

Before the surgery, the doctor marked Chuck’s arm with a purple sharpie to make sure they operated on the correct one. Though I secretly felt squeamish the whole morning, I took comfort and even found humor in such a precaution. 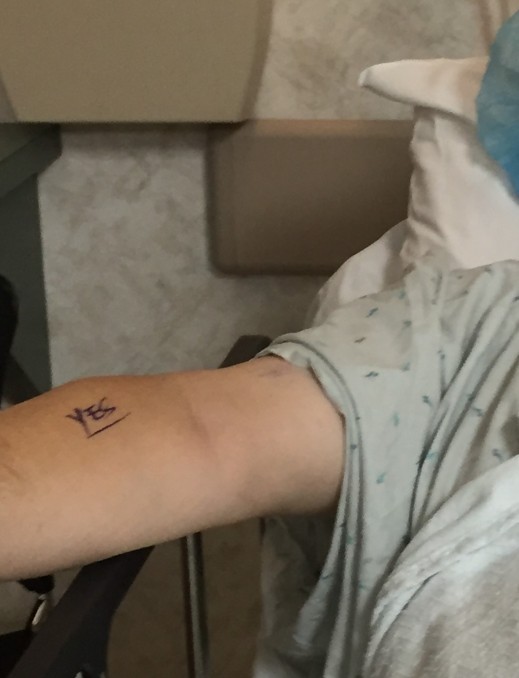 I cropped out Chuck’s face–he already had “faraway eyes,” as the Rolling Stones say. He hasn’t quite sobered up enough to be reminded of the rigid facts: the bandages (wrapped with a splint) will stay in place for two weeks until his follow-up appointment. They absolutely cannot get wet. He won’t be able to lift anything with that arm for six weeks, not even his favorite KISS coffee mug, much less play the drums. 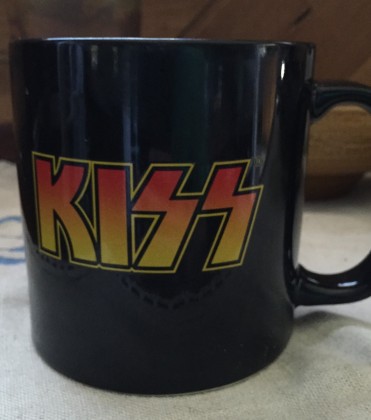 Additionally, and perhaps the hardest part, is that even after three months he will still need to lift things deliberately and with great care. We’ll know more details as his physical therapy progresses. As for cabin work, he must wait until he’s made a full recovery: six months. That’s March 22nd, which seems a world away.

Of course, the doctor added, Chuck is allowed to point while someone else works on the cabin. We’ll see if it comes to that. Right now, we have to make peace with uncertainty and instead focus on the all-important task of rebuilding a healthy body.