We ordered a load of gravel–about 20 tons–and had it delivered to the site. The driver was nice enough to not only back up between the trees and dump a pile where the cabin will be, but also sprinkle the rest along the driveway, reinforcing what was already there and adding an additional strip.

On the day it was delivered, we had the first good rain in weeks. Of course, the downpour began just as the driver arrived and ended just as he was leaving. 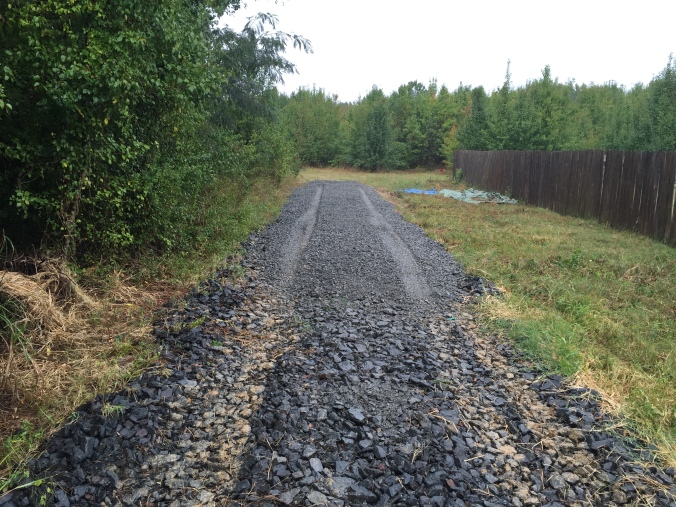 We went out to spread it the following Monday–a lovely, but sunny, 92 degree day. It was a bit warm for mid-October in Arkansas, but it’s been an odd year here. 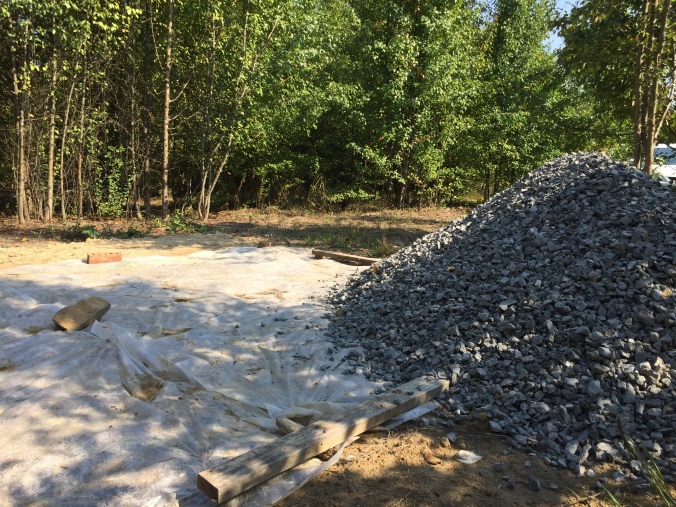 Whenever I worry that our 160 square foot cabin (plus loft) will be too small, I remind myself how much work it would be to build anything bigger. I’ve never built a house before, but I’ve noticed that in life, upgrading comes with additional commitments. For example, a nicer car comes not only with a higher payment, but also with higher insurance rates and maintenance costs. More specifically, just this weekend, I learned that buying a $99 cordless reciprocating saw also requires buying blades and a $130 battery and charger. What I originally guessed was a $100 purchase turned out to be $250.

A larger cabin may be in our future someday, but this is one adventure on which I prefer starting small. 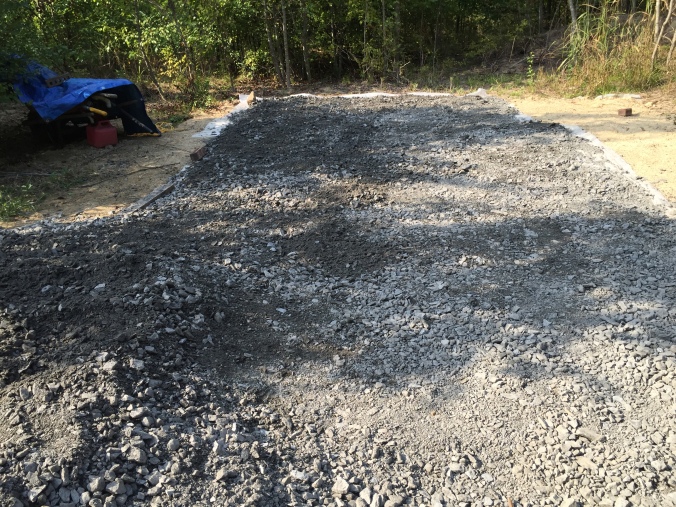 An hour of spreading gravel was about all we could stand. This weekend we’ll make some small repairs to the camper–it should finally be cool enough to sleep there–and then buy the deck block and other materials we need to build the floor.

One thought on “Gravel for the Tiny Cabin Site”